Ron Fellows
Panelist
Ron Fellows was born in Toronto, Ontario, Canada. He began his career in Karts, which lead to Formula Ford 1600 and Formula Ford 2000. When funds for these projects ran low, he left racing for a 9 year stint as gas pipeline worker. Fellows returned to the track in the 1980s with help from driving school instructor Richard Spenard. He made his professional debut in 1986 in the Player's GM Challenge, driving a showroom stock Camaro. He had a dominant 1989 season, capturing both the title at Mosport Park and his first SCCA Trans-Am Series race during the same weekend. His career skyrocketed as he became one of the most successful drivers in the history of Trans Am, with 19 wins in 95 starts. 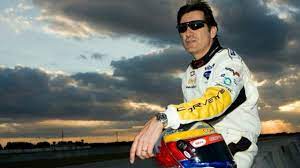 Fellows then had 2 starts in the legendary Ferrari 333SP, including a 1997 win at Mosport Park in the Professional Sports Car Series. Ron has also had various stints in the Craftsman Truck Series, Busch Series, and Nextel Cup Series, as a "Road Course Ringer". He has 2 wins and 3 poles in the Craftsman Truck Series, winning twice at Watkins Glen. He has had even greater success in the NASCAR Busch Series, where he has 3 wins and two poles in 6 starts. He was also the first non-American to win a NASCAR Busch Series event.

In 1998, Ron Fellows began his long association with GM's Corvette Racing program, with the historic Chevrolet Corvette C5.R. He was also briefly involved with the development of the Cadillac LMP program. At the 2000 Rolex 24 at Daytona, he made history by setting the closest margin of victory in the history of the event, 31 seconds behind the winning Dodge Viper GTS-R of Olivier Beretta, Dominique Dupuy and Karl Wendlinger. Ron Fellows and Corvette Racing fared better the next year, winning overall with Chris Kneifel, Johnny O'Connell, and Franck Freon. Later that year in June, Corvette Racing achieved its ultimate goal, a GTS class win in the 24 Hours of Le Mans, with Scott Pruett and Johnny O'Connell. Corvette Racing also captured the American Le Mans Series GTS title that same year.

In 2005, Corvette Racing debuted the revolutionary Chevrolet Corvette C6.R at the 12 Hours of Sebring, with high expectations. A tire blow out erased their chances of capturing the GT1 (was GTS) win, with the Prodrive Aston Martin DBR9 taking the class win. However later that year, the tides would turn as Corvette Racing won their 3rd 24 Hours of Le Mans class title in 6 years, beating the Aston Martin DBR9's with superior reliability and strategy. Although Ron was not driving the winning Chevrolet Corvette C6.R, he ran a respectable race in the #63 car.

In 2006, Ron returned for a full season with Corvette Racing. However, a dark cloud loomed over the 2006 season as a result of the controversy surrounding IMSA's performance balancing. Corvette Racing's opposition during 2006 was the Prodrive Aston Martin team, which ran two full-season cars on Pirelli tires. The Pirelli tires were their Achilles heel, as they were not as competitive as the Michelin tires on the Corvette. Prodrive expressed their disdain for their disadvantage, and IMSA, the ALMS sanctioning body, introduced a number of penalties for the Corvette Racing team, to 'balance' the performance. Despite this controversy, Ron remained optimistic and still carried himself with the professionalism and class for which he is known. Despite the penalties, Corvette Racing prevailed, winning their fifth ALMS championship. Corvette Racing also went on to win their fourth 24 Hours of Le Mans in six years. However, Ron did not have the best luck in 2006, with the title going to the sister car driven by Olivier Beretta and Oliver Gavin.

For 2007, Ron is back with Corvette Racing in a limited supporting role in the American Le Mans Series. He will be the third driver for the three long-distance races, and will compete at Mosport, his home race. He will sit out the other races, providing technical input and experienced advice to the team from behind the wall.

He also supports many charities and programs and, like many Canadians, he has a deep passion for hockey, especially the Toronto Maple Leafs. Ron lives outside of Toronto with his wife and three children.

Ron is a guest speaker at
Seminar: Corvette at Le Mans
Back to all profiles
User authorization