Jeff Gordon
2023 Honoree of The Amelia
On Jan. 1, 2022, NASCAR Hall of Famer Jeff Gordon assumed the role of vice chairman of 14-time NASCAR Cup Series champions Hendrick Motorsports. In the executive management role, one of the most iconic names in racing and pop culture helps guide the same organization where he won four titles and 93 points-paying races as a driver. 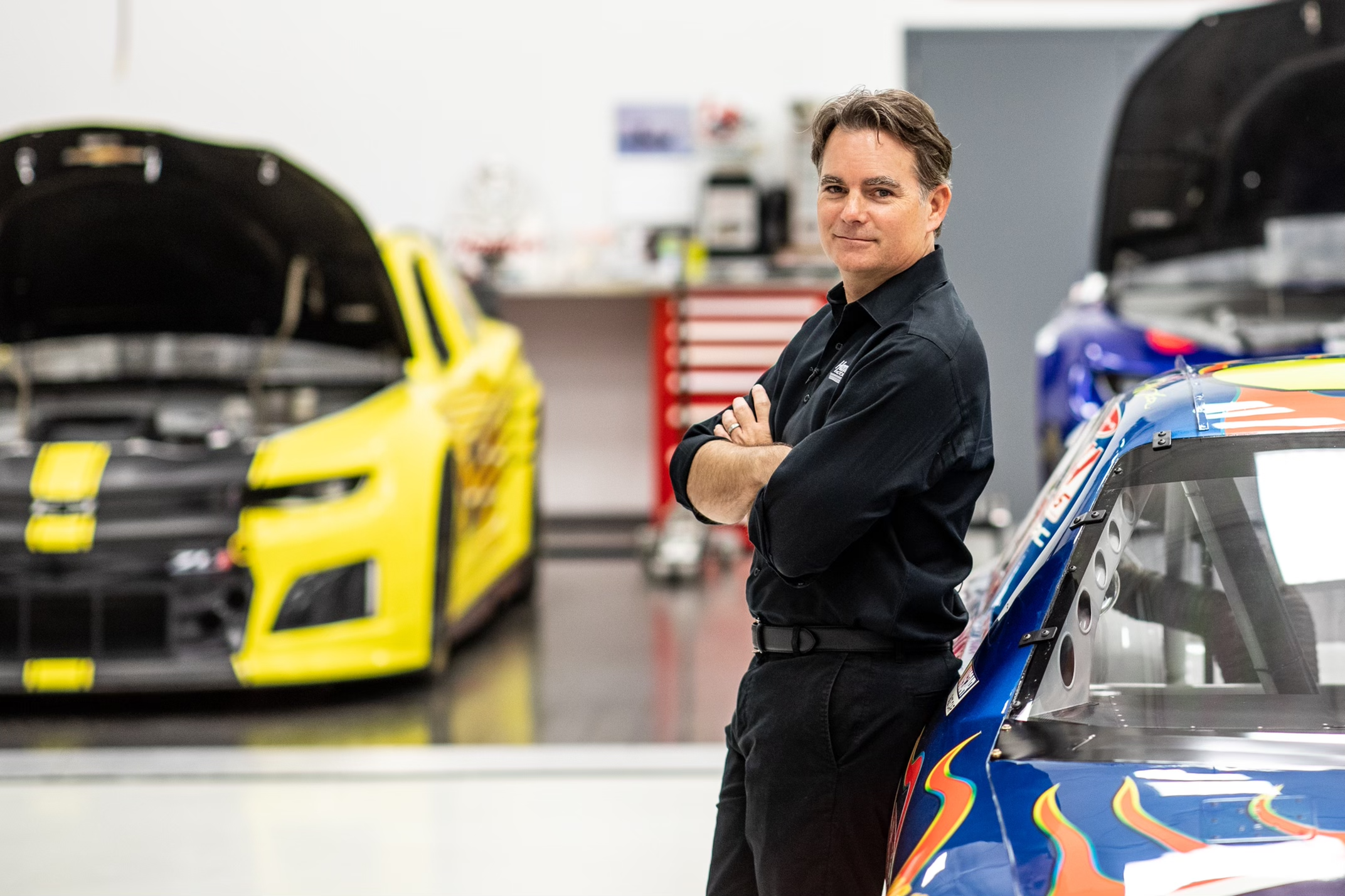 Gordon drove for Hendrick Motorsports for his entire legendary career and has been an equity partner in the team since 1999. As vice chairman and co-owner, he is the second-ranking official to chairman and majority owner Rick Hendrick and focuses on the organization’s competition and marketing groups. Gordon serves with Hendrick on NASCAR’s team owner council and as a member of the sanctioning body’s diversity, equity and inclusion committee.

In the six previous seasons (2016-2021), Gordon served as a race analyst for FOX Sports and contributed to the network’s prerace coverage. His move to the FOX booth furthered a career in which his affability and crossover appeal provided numerous high-profile television and movie opportunities that included becoming the only auto racing driver ever to host “Saturday Night Live.” In addition, he co-hosted “Live! With Regis and Kelly” more than 10 times, appeared on “The Simpsons,” “Spin City” and “The Drew Carey Show” and in motion pictures “Taxi,” “Herbie:  Fully Loaded” and “Looney Tunes: Back in Action.” His past television appearances include “The Late Show with David Letterman,” “The Tonight Show with Jay Leno,” “Jimmy Kimmel Live!” and “Sesame Street,” along with participation on TV’s “Celebrity Poker Showdown” and “Who Wants to Be a Millionaire: Sports Edition.” Gordon also voiced the character “Jeff Gorvette” in the animated films “Cars 2” and “Cars 3.”

A California native, Gordon was one of the most versatile drivers of his era and is credited with helping take NASCAR mainstream in the 1990s. He changed the face of the sport by shattering stereotypes and drawing legions of new fans with his talent, poise and polished appearance that also made the sport attractive to Madison Avenue. In his 23 years of full-time Cup Series competition, Gordon served as one of NASCAR’s most effective and committed ambassadors.

Gordon drove for Hendrick Motorsports from November 1992 through November 2015, winning four NASCAR Cup Series championships (1995, 1997, 1998 and 2001), 93 races and 81 pole positions while scoring 325 top-five finishes and 475 top-10s. With his first title in 1995, Gordon became the youngest champion (24) in NASCAR’s modern era in only his third full season. After retiring from full-time competition in November 2015 as one of few athletes to step away at the pinnacle of their respective sports, Gordon returned in late 2016 for eight Cup Series events as a substitute driver for former teammate Dale Earnhardt Jr., who was recovering from a concussion.

Ranked third behind only Hall of Fame drivers Richard Petty (200) and David Pearson (105) in all-time victories, Gordon is a three-time DAYTONA 500 champion and record five-time Brickyard 400 winner. He holds the record for consecutive seasons with a pole position (23) and is NASCAR’s winningest driver on road courses (nine wins) and restrictor-plate tracks (12). In 2015, Gordon set the record with his 789th straight start to join “iron man” legends of major sports such as Cal Ripken Jr. and Brett Favre. Named one of “NASCAR’s 50 Greatest Drivers” in 1998, he tallied 797 starts in a row – a journey that began with the 1992 season finale at Atlanta Motor Speedway as Petty brought his racing career to a close.

In January 2017, Gordon became the first NASCAR Cup Series champion to win overall at the 24 Hours of DAYTONA joining A.J. Foyt, Mario Andretti and Jamie McMurray as the only drivers to win the prestigious sports car race and the DAYTONA 500.

Off the track, Gordon established Jeff Gordon Children’s Foundation, which supports pediatric cancer research and treatment and has granted more than $22 million to support children battling cancer since 1999. Additionally, the foundation provides support to the Jeff Gordon Children’s Center in Concord, North Carolina, which serves children regardless of their ability to pay.

In February 2019, Gordon received the prestigious honor of being inducted into the NASCAR Hall of Fame. He was voted into the hall in May 2018 as a first-ballot candidate, appearing on 96% of the ballots, representing the highest total ever.

Gordon was honored in 2012 with the National Motorsports Press Association Myers Brothers Award, which recognizes those who have made outstanding contributions to the sport of stock-car racing. The same year, he received the Heisman Humanitarian Award, established to recognize those in sports who give significantly to communities and improve the lives of others.

Following Gordon’s final season as a full-time driver, actor and friend Tom Cruise made a surprise stage appearance at the 2015 NASCAR Cup Series Awards in Las Vegas. The “Days of Thunder” star delivered an emotional introduction that was followed by Gordon receiving the illustrious Bill France Award of Excellence and giving his final speech as a driver.

Born in Vallejo, California, Gordon grew up in Pittsboro, Indiana. He currently resides in Charlotte, North Carolina, with wife Ingrid Vandebosch, daughter Ella and son Leo. For more information on Gordon, please visit JeffGordon.com or follow him on Twitter and Instagram at @JeffGordonWeb.

Jeff is a guest speaker at
Seminar with Jeff Gordon: The Hendrick Motorsports Years
Back to all profiles
User authorization